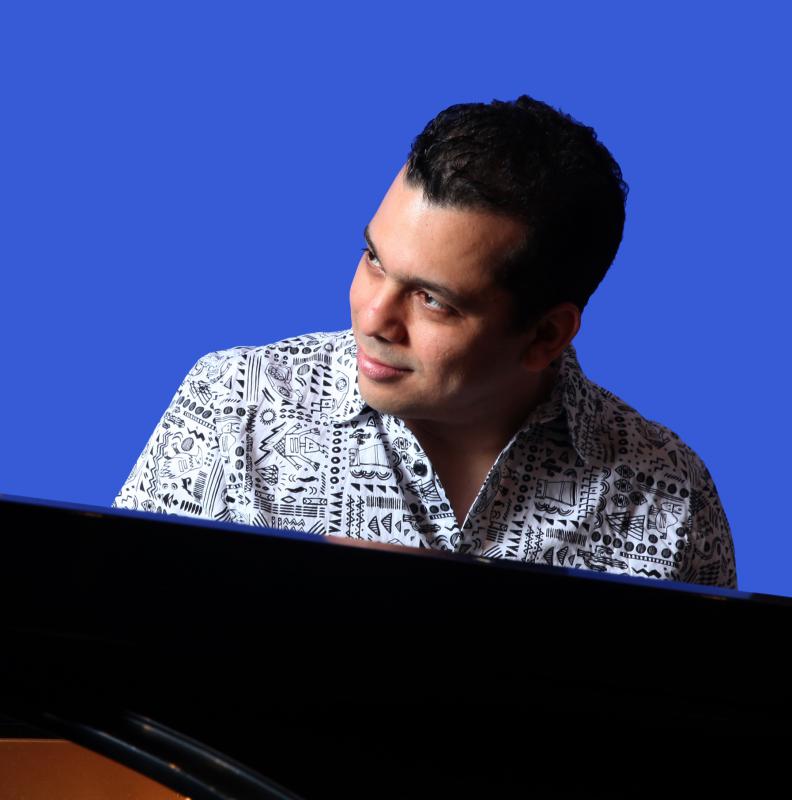 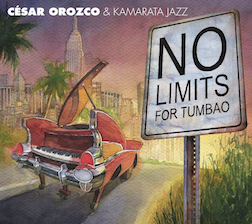 César Orozco is a prolific Cuban/Venezuelan pianist, composer, music producer, and arranger with an innovative approach of fusion between Venezuelan and Cuban traditional music with jazz. After fourteen years living in Venezuela, Mr. Orozco moved to the United States in 2012. He received a full tuition Assistantship from The Peabody Institute of the John Hopkins University, from where he completed a Graduate Performance Diploma (GPD) major in Jazz Piano, under the guidance of the great jazz pianist and organist Timothy Murphy. He also holds a degree in violin performance and ensemble conducting from the National School of Arts in Havana, Cuba. While in the States, Orozco has become a very in-demand pianist in both, Jazz and Latin-American music. Some of the artists he has performed and/or recorded with include Paquito D’Rivera, Pedrito Martinez, Gary Thomas, Yosvany Terry, Luisito Quintero, Giovanni Hidalgo, Horacio “El Negro” Hernadez, Alex Norris, Paul Bollenback, Peter Fraize, Alfredo Mojica, Origem Brazilian Project, Jeff Antoniuk, and Alberto Limonta (Limón).

Throughout his career, besides the United States, he has toured in the United Kingdom, Germany, Switzerland, Spain, Scotland, The Netherlands, Colombia, Argentina, and Mexico. As a band leader, Orozco has performed in venues such as An Die Musik in Baltimore, Twins Jazz and the Kennedy Center in DC, Bolivar Hall in London, and the Bimhuis Jazz Club in Amsterdam. He has been part of more than 50 recordings as a guest artist and three solo albums with his project César Orozco & Kamarata Jazz: Son con pajarillo (2007), Orozcojam (2010), which was awarded Best Vocal-Instrumental Album at Cubadisco 2012, the most important event of the Cuban recording industry, and the latest one No limits for tumbao (2015). He also received a DownBeat Magazine Student Music Award 2014 for Original Composition Small Ensemble Outstanding Performance for his piece Orozcojam. As an arranger and composer, Mr. Orozco has written music for the most diverse ensembles, from string quartets to symphony orchestras and big bands.


Mr. Orozco was born in Cuba in 1980, and traveled to Venezuela in 1997, attending an invitation by the Carabobo Symphony Orchestra as a violinist. In Venezuela Orozco developed an extensive career as a pianist, arranger, music producer, composer, and orchestra musician. He performed and/or recorded with Venezuelan and international artists such as Biella Da Costa, Guaco group, Andres Briceño, Alfredo Naranjo, Latin Grammy winner Maria Teresa Chacín, Aquiles Báez, Ilan Chester, Orlando Poleo, Simón Bolívar Symphony Orchestra (from El Sistema), Gilberto Santa Rosa, Simón Díaz and the Latin Grammy nominated flautist Huáscar Barradas, among many others. He was music director, composer, arranger and pianist for two of the most important Venezuelan musicals: Venezuela Viva, with more than 100 international performances, and “Orinoco”.

In 2010, he received the honor to be an exclusive Yamaha Artists in Venezuela. He also worked as a piano jazz, harmony, and ensemble professor for more than three years at the National Experimental University of the Arts in Caracas. Along with his performing career, Mr. Orozco is an active teacher and clinician. He has been invited to teach Master Classes at Berklee College of Music in Boston and Loyola University in Baltimore.