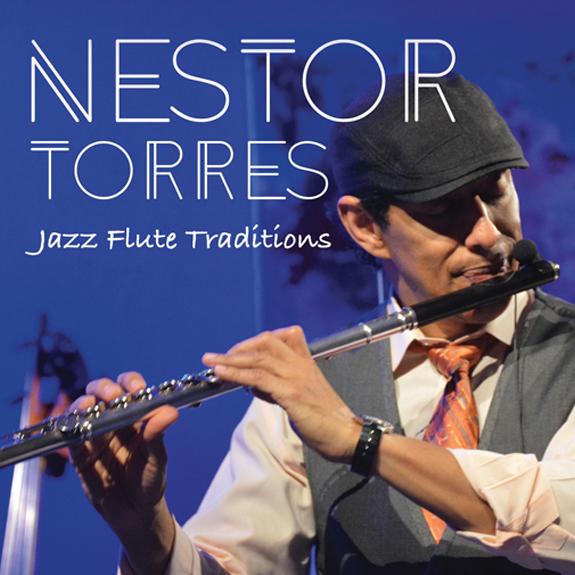 With his Caribbean heritage, Classical training and and a unique, rhythmic & melodic approach to Jazz improvisation, Nestor Torres’ talkative and mellifluous flute sound remains apart in a class all by itself. Now, with his 15th album release, the Flautist shows his deep respect and knowledge for the tradition of Jazz and Latin Jazz in its purest forms.

This eleven-song offering pays homage to legendary Jazz Flute pioneers like Herbie Mann and Eric Dolphy, as well as Torres’ idol and mentor, Hubert Laws. The tribute expands further, from Frank Wess and Moe Koffman, who were playing the instrument when it was still showing up in the “miscellaneous” categories of major 1950’s jazz polls, to revolutionaries such as Yusef Lateef and Esy Morales. “For years I’ve wanted to pay tribute to the Jazz Flute pioneers that opened the way for us”, says Nestor. The selection of songs are daringly diverse. From the popular and catchy ‘Swingin' Shepherd Blues’ and funky ‘Memphis Underground’ to the avant garde in ‘Gazzelloni’; from Count Basie’s straight ahead ‘Cute’ and Rahsaan Roland Kirk’s ‘Serenade To A Cuckoo’ to hard core Latin Jazz with ‘Jungle Fantasy’. The stylistic jaunt goes on with Lateef’s haunting ‘The Golden Flute’ and includes Chick Corea’s flute showcases ‘Windows’ & ‘Spain’. Nestor Torres defies the daunting task of bringing together what would seem to be an incongruent mix & match of unrelated pieces by creating a cohesive and exciting narrative of the rich, deep and somewhat overlooked contribution of the flute to the Jazz cannon. Torres himself contributes to the Jazz Flute Tradition with his very personal renditions of the mid 20th century standards ‘Miami Beach Rhumba’ and Cole Porter’s ‘So In Love’.

“The release of Jazz Flutes Traditions capture(s) his energy, depth, and technical brilliance… all that and more.”

14 previous albums as a soloist, 5 Latin Grammy nominations, one Grammy nomination and one Latin Grammy Award, as well as collaborations with artists such as Dave Mathews, Gloria Estefan, Herbie Hancock, Wayne Shorter and Tito Puente, are testament to the remarkable versatility of an Artist who continuously challenges himself to push music forward, this time steeped in the total tradition of Jazz. Jazz Flute Traditions is a revelation of Nestor Torres' essence, prowess and artistry, as he pays a most worthy tribute to and stands on the shoulders of those who came before him.